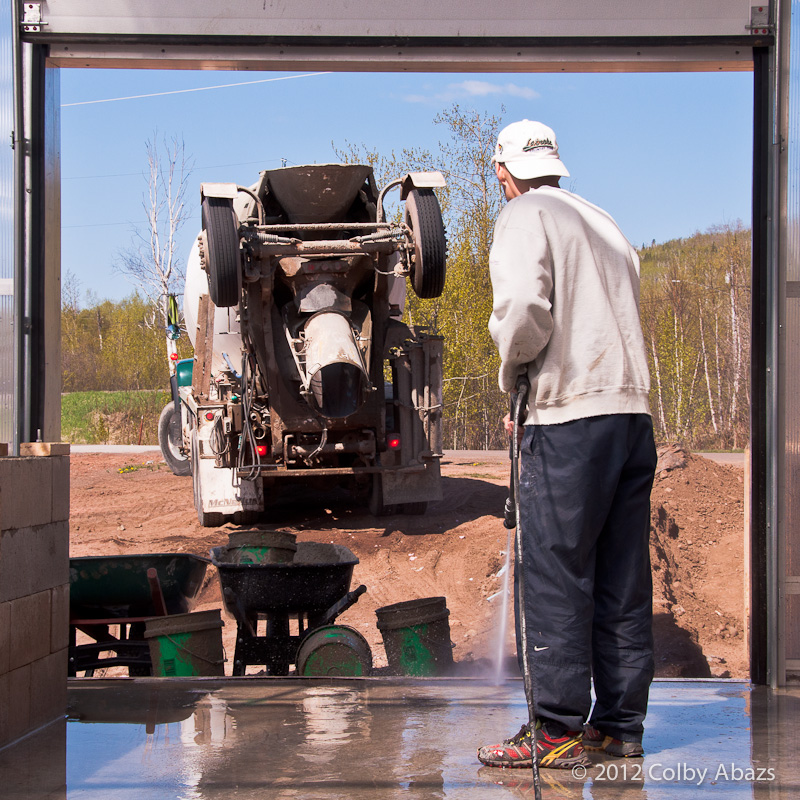 This week I helped at the new victus farm, sustainable fish plant, hauling cement from the truck to build the water troughs. I was also charged with documenting the progress through photographs. While doing this I made this photograph above which I love because of how both Mike and the cement truck are framed perfectly in the door. However I was using my flash as fill light due to the contrasty midday sun and it didn't fire and I wished that Mike wasn't facing directly away from the camera and mostly hiding the water sprayer. So I quickly made another photograph but unfortunately he had moved just slightly which totally ruined the framing. I still like the one above more even with Mike facing so exactly away from camera.

I also played the most epic game of Settlers of Catan and photographed the ending board to record its spectacularness. For fellow players there were exactly 2 places left to build settlements and they were only accessible by one person, no development cards left, and both longest road and largest army locked into one person without competition. What a game it was, and I even won purely by chance. 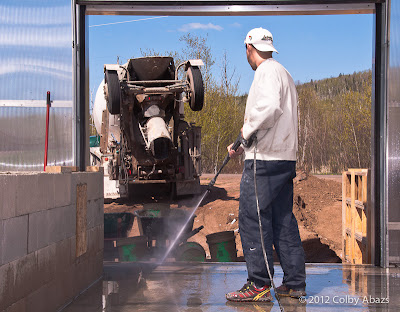 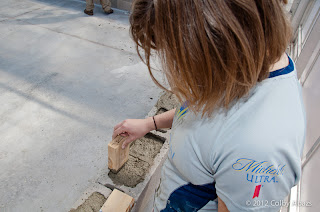 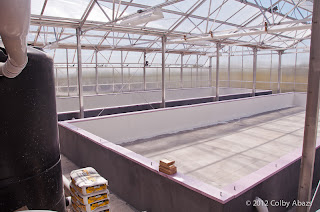 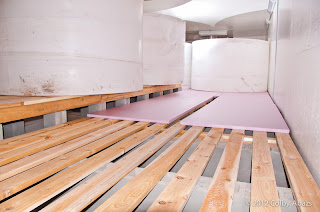 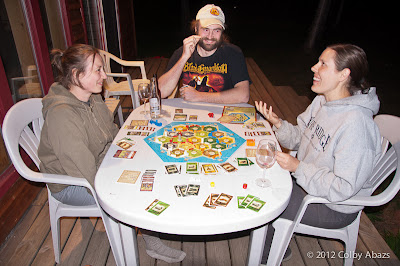