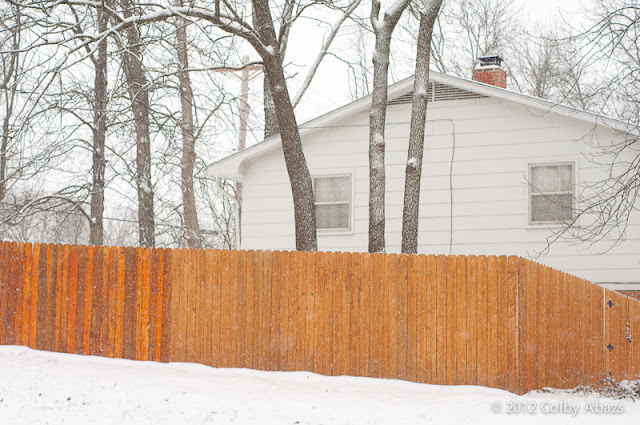 This week there was a nice little snowstorm and I made the best of it by taking a photo walk around the block. It being missouri the snow had all melted within a day but at least it was pretty while it fell. I had a very hard time picking my one favorite photograph from this shoot. I liked lots of different ones for different reasons. I think my favorite one is probably the first one above because I like the contrast of the very colorful fence with the gray snowy surroundings. But I also really like the two below the plow one because of the story it tells and I like how the red plow is the only colorful thing in the photograph and the road goes off into the snowy distance. And the car mirror I like because it shows such a small portion of the car yet tells so much about how the car is totally covered in snow. 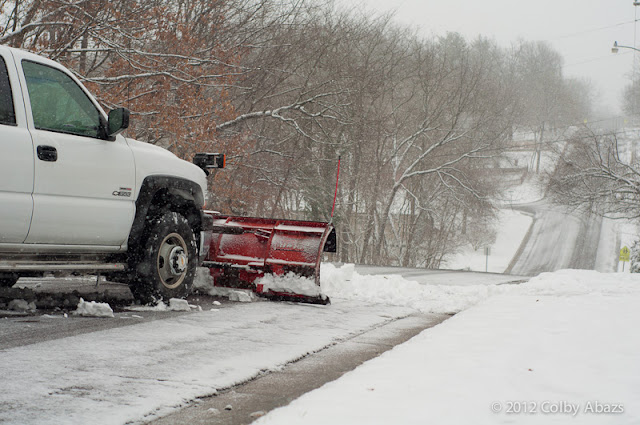 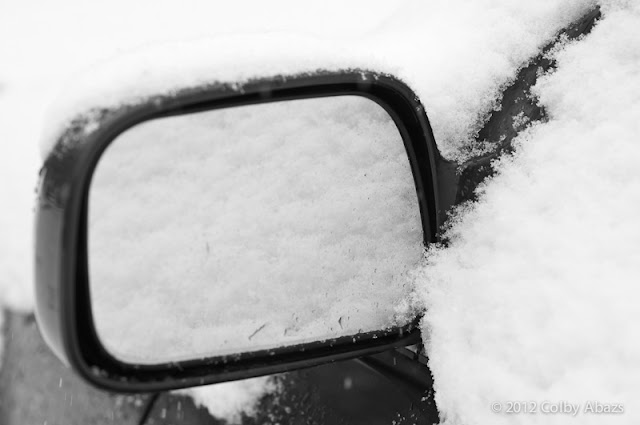