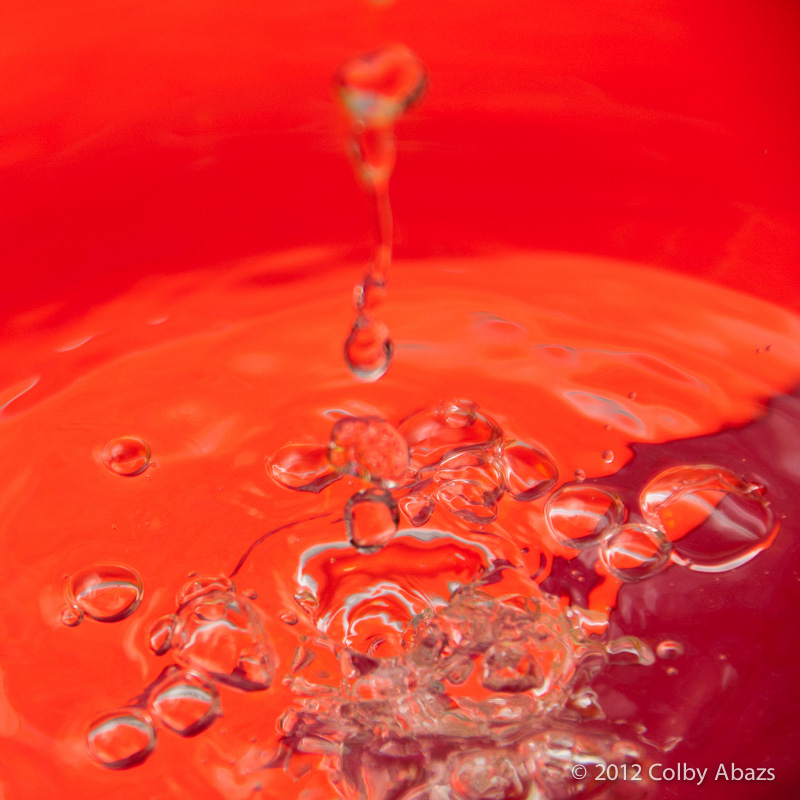 I was searching for a project for this week and had the inspiration to try water drop photographs. I have read various articles about how to successfully to it but had never taken the time to try it out. It was so much fun and so challenging at the same time that it was incredibly simple. This one above is my favorite because the hole that the falling water made is in good focus and you can see more water falling down. I am very glad I put colorful paper under the glass bowl I was using, it really added much more drama. Although in the future I will try to not have straight edges. For this first attempt the setup was very simple. I had a large glass bowl filled with water and a measuring cup to dip water out and pour it in to create the splashes. At first is was just on a white towel but there wasn't enough drama of separation so I put colored paper under the bowl. I then had my flash set up on a tripod and firing a low power burst so that it would stop the motion of the falling water. I had some issues with the flash reflecting off the water so I ended up bouncing it off the roof of the kitchen to make it more diffused. I did notice that in some photographs the reflected flash helped to highlight the water droplets and separate the different layers of water. This is exactly the type of project I was hopping this weekly challenge would get me to do and I plan on trying in again.

Earlier during the week there was a baby shower and I made some neat photographs that I just had to put below. I love the one of everyone laughing. 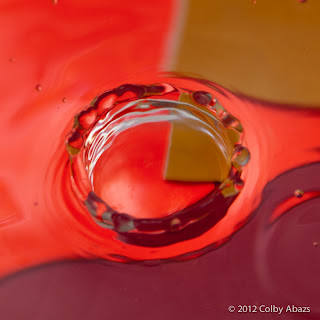 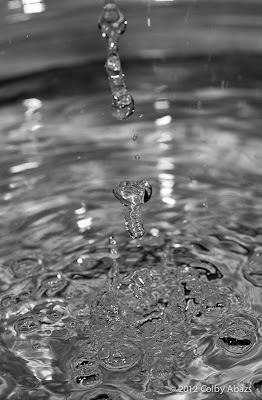 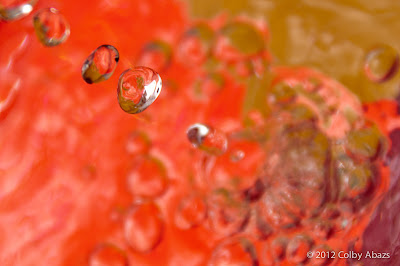 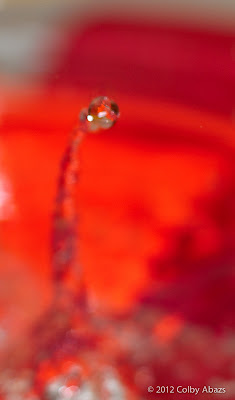 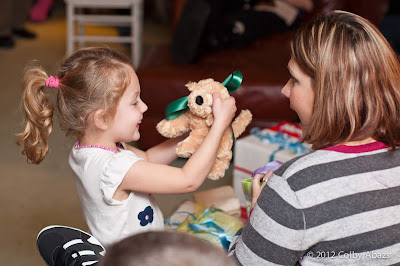 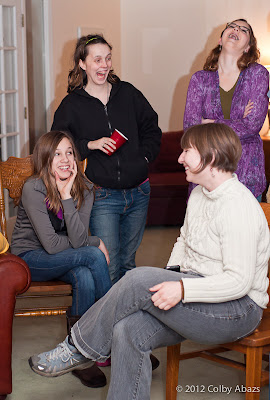